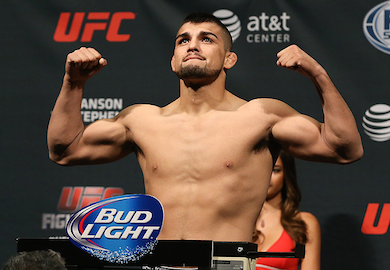 The only success Nicholas Musoke stumbled upon during this fight was when he opted to take the fight to the ground in the opening round. He rode the back of Gastelum for the majority of the round, but could not get in position to work for a submission. When they got back to their feet, Gastelum relied on his power shots to keep Musoke backing up.

Gastelum is known for his wrestling, but showed great diversity by controlling the fight with his hands. He did a decent job changing levels which kept Musoke guessing throughout the fight. Musoke showed a great amount of heart by deciding to stand-and-bang with Gastelum, but it may not have been the best strategy in hindsight as he did not put in a lot of offense after the first round.