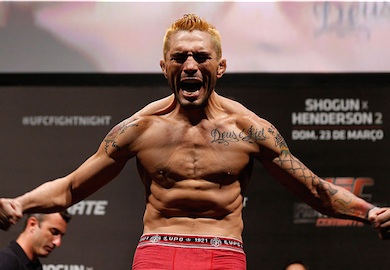 Rony Jason and Steven Siler kicked off the main-card portion of tonight’s event with a quick featherweight contest.

Siler missed a left hook and Jason countered beautifully with a right hand of his own. Siler grabbed his head and got knocked down after eating another hook. Jason towered over his opponent and just as Siler was about to defend himself, the referee ran over and waved off the bout.

Steven Siler may have been knocked down, but he was still awake and defending himself the moment his back was on the canvas. The referees have not been taking any chances lately when it comes to a fighter’s safety so the referee called a stop to the fight the second Jason was towering over Siler. Siler tried to protest, but it was useless as the decision had already been made.