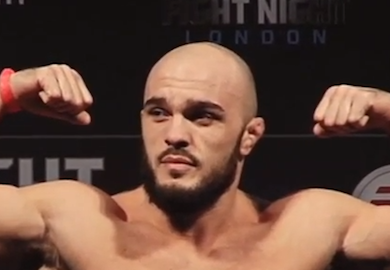 In front of a Swede friendly crowd, the wrestling based fighter did what he does best and finished quickly with a tight choke during a grappling exchange.

For the first minute of the fight, both fighters did literally nothing. Then, Latifi turned it on, shot in, and got a beautifully executed takedown that lead to the eventual choke that forced Diabate to surrender and tap-out.

This is reportedly Cyrille Diabate’s last fight and it was definitely not how he wanted to go out.