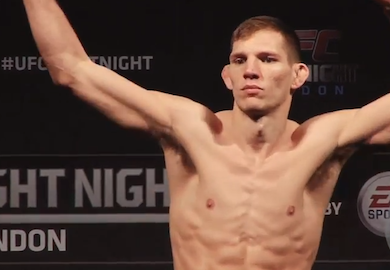 The undefeated Luke Barnatt (pictured) put on a show in front of his hometown crowd and he did it quick.

His crisp striking was too much for his opponent, Matts Nilsson, who got finished before the first bells sound.

Barnatt picked Nilsson apart with his punches and kicks until rocking him with a head kick. He then pounced with punches and as Nilsson’s limp body went down, Luke landed one more knee to the head for good measure, forcing the referee to halt the action before the rounds end.