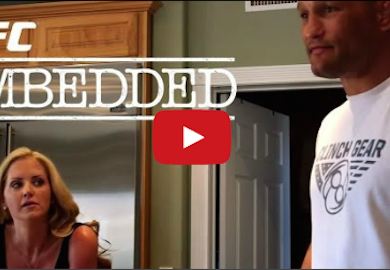 On UFC Embedded episode #2 of 7, Daniel Cormier and Dan Henderson both spend personal time with their families before packing their bags and heading out on a promotional media tour. The same day, UFC President Dana White flies to LA to be honored as a sports visionary. UFC Embedded is a new, behind-the-scenes video blog series focusing on UFC 173 co-main event combatants Daniel Cormier and Dan Henderson and UFC President Dana White during the final seven days leading up to this epic PPV event.