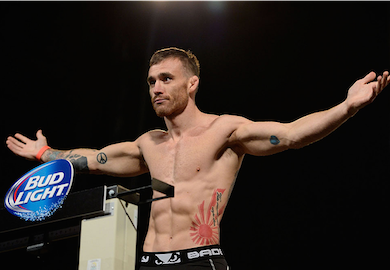 Daniel Pineda and Rob Whiteford were both looking to rebound from losses during their last UFC outings.

A busy first round for Pineda caused him to fight with his mouth open and his hands hanging low which led to him taking a lot of punishment in the second and third rounds. Whiteford connected with a high kick that split Pineda’s skin open directly above his right eye.

Whiteford factored Pineda’s fatigue into his gameplan and shot for takedowns seconds into rounds two and three. Both attempts were successful and the rounds favored Whiteford from the start. Even though he was not working to transition, the referee gave Whiteford a lot of time to work before standing them up.

The action saw its peak in the second round as the first was one-sided and both men were tired in the third. Pineda almost locked in three submissions in round three (kimura, knee-bar and triangle-choke) but Whiteford was one step ahead of him and escaped before he was in trouble.