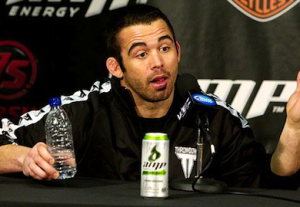 UFC 169 is a wrap and you know what that means…time for medical suspensions.

None of the fighters in the two title fights received any, but overall there were 8 fighters who received indefinite suspensions. The New Jersey Athletic Control Board released the full list of medical suspensions from UFC 169.

Jamie Varner received a 30 day suspension and needs to be medically cleared following his devastating knockout loss to Abel Trujillo. Nick Catone won his fight against Tom Watson but suffered a knee injury in the process, an injury we know is a torn ACL because Catone tweeted about it after his fight on Saturday.

This article appeared first on BJPENN.COM
Previous articleWhite Says Mir’s Future To Be Determined This Week
Next articleChael Sonnen vs. Wanderlei Silva Is Official, Will Be The Co-Main Event at UFC 173
© Newspaper WordPress Theme by TagDiv