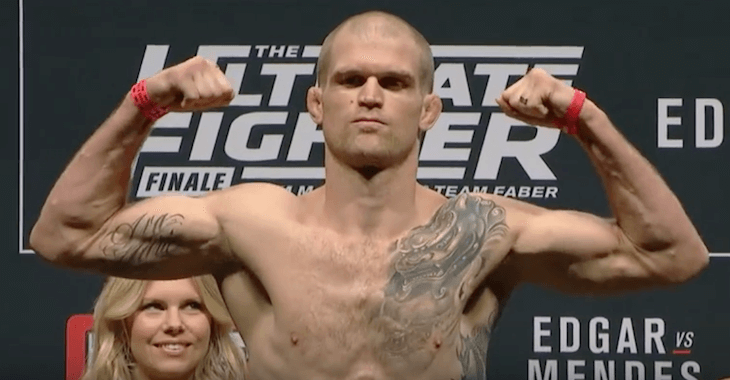 It was a one sided pounding and Evan Dunham was swinging the hammer when it came to his fight against Joe Lauzon.

Lauzon looked sluggish and unable to put anything together during the fight, showing very minimal head movement as well.

Dunham’s dominance became more apparent as the fight went on, landing blow after blow, and in several cases landing 4
or 5 punch combinations.

All 3 judges scored the bout in favor of Dunham, with two judges even scoring it 30-26.

With tonight’s win Dunham will likely find himself in the top 15 rankings in the lightweight division.