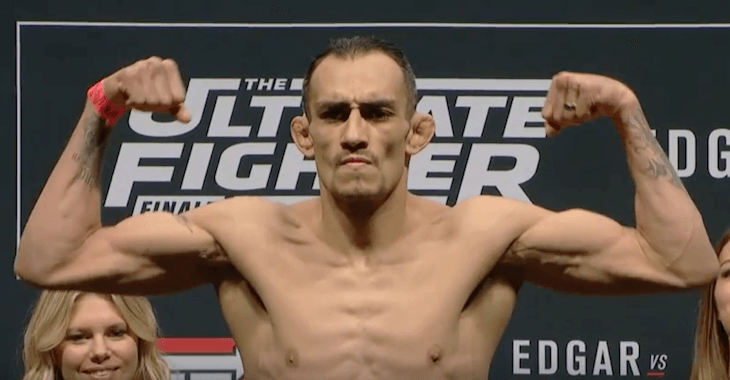 It was all Edson Barboza the first round! After losing a point early on in the first round for kicking Barboza in the head while he was down, Ferguson attempted to keep the pressure on. However, Barboza was able to land shot after shot to the body.

The second round was mostly even as both men ended up bloodied and battered early on in the round. Barboza got the trip early on, but some ground and pound from the bottom by Ferguson forced him to get up.

A failed takedown attempt from Barboza towards the end of the 2nd round left Ferguson in a position to finish with a d’arce choke, extending his win streak to 7.

Quite the comeback from Edson Barboza in an extremely exciting fight!