'Shogun' Talks About His Upcoming Fight with Thiago Silva 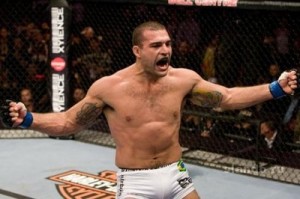 Mauricio ‘Shogun’ Rua talks about his upcoming with fellow Brazilian, Thiago Silva at UFC 149, on July 21st in Calgary, Alberta Canada. Rua was rumored to face Quinton ‘Rampage’ Jackson but has since been confirmed to be fight Silva in what will surely be an explosive matchup.

“Actually I’ve always said I don’t like fighting other Brazilians, especially a guy I know like Thiago. I really like him, but we’re professionals and that’s what we do for a living. I guess it’s going to be an interesting fight because Thiago likes striking and so do I. It’s gonna be ass kicking. I respect Thiago as an athlete and as a person, I know he’s very good and complete, but I’ll get there prepared.”

Rua is coming off the Fight of the Year with Dan Henderson at UFC 139 and will be looking to get back in the win column while his opponent is coming off of an unsuccessful return to the Octagon against Alexander Gustafsson, after a year suspension.