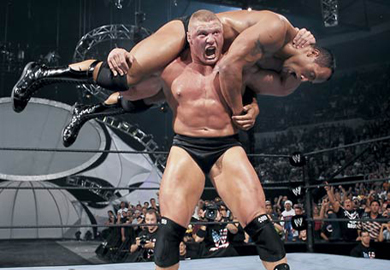 “I came back to bring legitimacy to WWE. That’s exactly what I did. And how was I rewarded? With the same corporate BS and politics that led me to leave eight years ago. I don’t regret what I did to John Cena. I embarrassed him. Another guy I embarrassed was Triple H. He’s always been jealous of me. He lasted one hour in a cell with Undertaker but he couldn’t last one minute with me. I had an agreement with the company and he broke it so I broke his arm. I don’t care about him, you people or the corporate suits at WWE because I, Brock Lesnar, am never coming back. Because I, Brock Lesnar, quit.”

Is Brock’s departure from the WWE just another WWE publicity stunt? Or is Brock really calling is quits?