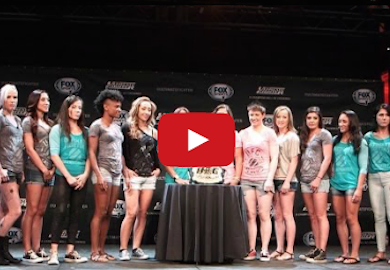 Last week, the UFC unveiled the 16 women who will compete for the inaugural UFC strawweight title on the 20th season of The Ultimate Fighter later this year. We spoke to some of them about being on a reality television show, who the favorite is, who’s the most annoying, and more.