Home » UFC NEWS » Lineker: I could KO Dillashaw Or Cruz 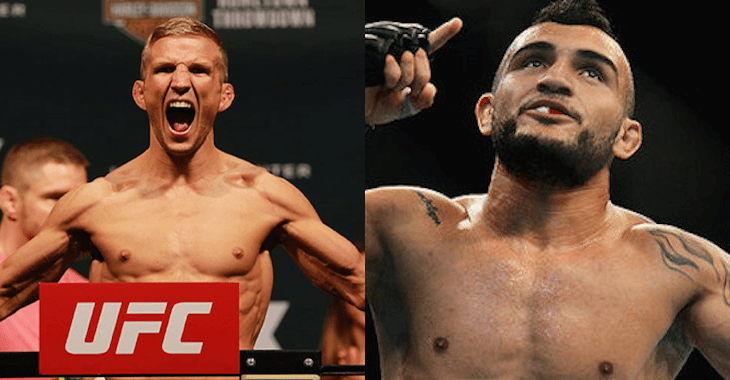 The win marked Lineker’s third victory in a row and earned him a $50k “Fight of the night” bonus.

Lineker, who earned four of his six flyweight/catchweight victories by way of KO/TKO, is confident that his power will carry over when competing in the UFC’s bantamweight division.

During a recent interview with MMAFighting.com, “Hands of Stone” was asked if he had the power to knockout the bantamweight divisions best in Dominick Cruz or T.J. Dillashaw:

“For sure,” Lineker told MMA Fighting. “They move a lot, but that’s not a problem. They would have to get closer to hit me, and once you get closer, I’m hitting you back. I would not hunt them down, I would let them come.”

John Lineker is still awaiting word on his next opponent. Who would you like to see him fight next? Sound off Penn Nation!