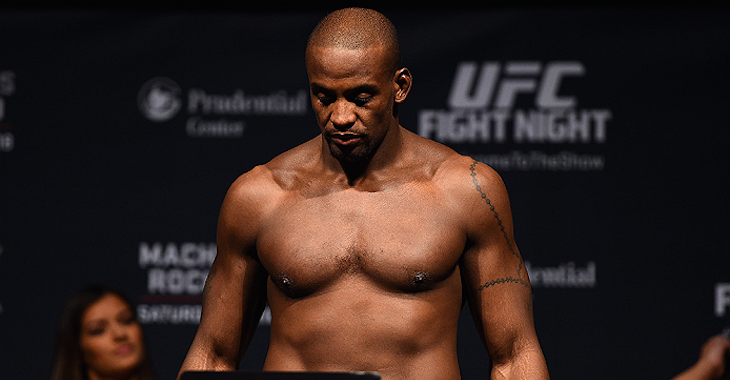 After dropping his last three fights in the UFC’s middleweight division, Eddie “Truck” Gordon (7-4 MMA) has decided to move to welterweight (170lbs).

The middleweight winner of the Ultimate Fighter Season 19 announced his decision during a recent appearance on Cage Side Submission Radio:

“I’m actually looking to make a mark at the welterweight division. That’s probably my next fight. This is the first interview to hear it officially.”

Gordon, who actually competed at heavyweight earlier in his career, does not anticipate any issues in making 170-pounds:

“Now, I’ve changed my whole entire lifestyle. I’ve got a new nutritionist. We’re doing things the right way; I’m not blowing up anymore. I feel like it’s going to be a great fit for me; not walk around and 230 [pounds] anymore, and now walk around at 195-200 [pounds] is a big difference.”

Who would you like to see Eddie Gordon fight in his first fight at welterweight? Sound off Penn Nation!