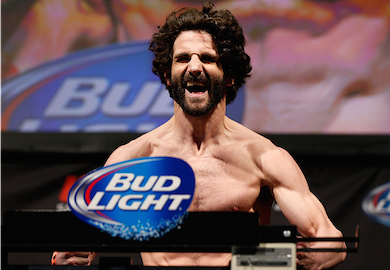 Charlie Brenneman will likely be fighting for his job when he takes on Silva this winter. “The Spaniard” has gone 0-2 in this his second stint with the UFC, suffering stoppage losses to both Danny Castillo and Beneil Dariush in that time. Prior to making his octagon return, Brenneman had strung together 4-straight victories on the regional circuit.

Meanwhile, Leandro Silva will be looking to earn his first octagon win when he takes on Brenneman this December. The Brazilian was most recently seen in action at last month’s “UFC Fight Night: Silva vs Arlovski” event, where he suffered a decision loss to Francisco Trinaldo.

UFC Fight Night 58 takes place December 20 at Jose Correa Arena in Barueri, Sao Paulo, Brazil. The event, which is headlined by a middleweight bout between Lyoto Machida and C.B. Dollaway, is expected to air on FOX Sports 1 and UFC Fight Pass.