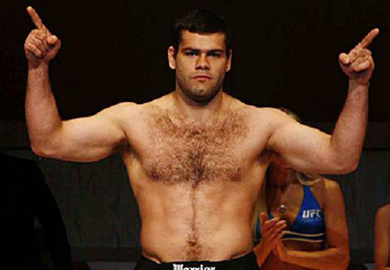 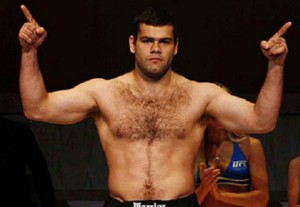 The deck has been shuffled and yet another change has been made to the UFC 146 main card.

After results from Alistair Overeem’s drug test came back with escalated levels of testosterone (14:1), the hype behind UFC 146 was in jeopardy. Dana White announced on Friday night that Frank Mir would be replacing Alistair Overeem in the main-event and would be the new number one contender for the UFC Heavyweight Championship. Cain Velasquez, who was originally scheduled to face Frank Mir, is now going to fight Antonio “Bigfoot” Silva in what will be his UFC debut. Originally supposed to fight Antonio Silva, Roy Nelson was left without an opponent until today.

It is now confirmed that Gabriel “Napao” Gonzaga will be fighting Roy “Big Country” Nelson on the main-card of UFC 146.

Gabriel Gonzaga (13 Wins, 6 Losses) is coming off a successful UFC return, defeating Edinaldo Oliveira in the first round with a rear naked choke. Gonzaga will continue to try and prove that his return was no fluke, as he wants to make another run at the UFC Heavyweight Title.

Roy Nelson (16 Wins, 7 Losses) is also looking to prove to the fans that his run for the title is far from over. 3 wins and 3 losses in the UFC, Roy Nelson will be looking to add another win to his record by putting away Gabriel Gonzaga. Nelson is coming off a devastating loss against Fabricio Werdum, who left him with a vicious cut over his right eye when all was said and done.

Roy Nelson and Gabriel Gonzaga will be going toe-to-toe at UFC 146 on May 26th, 2012 at the MGM Grand Garden Arena in Las Vegas, Nevada.