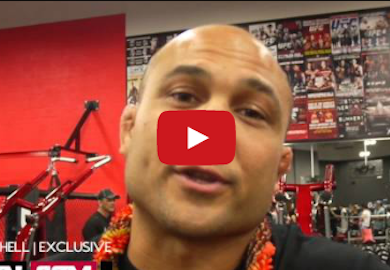 During a recent appearance at the UFC GYM BJ Penn Grand Opening in Waipahu, Hawaii, the popular franchises second Hawaii location, Former UFC Multiple Time champion and TUF 19 coach, BJ Penn spoke to BJPENN.COM’s Lynn Mitchell about his stint as head coach on TUF 19, his fighting future as a featherweight and what it means to get a third crack at Frankie Edgar.