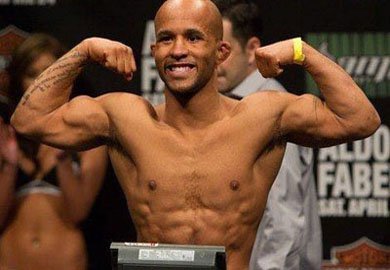 Johnson scored multiple takedowns throughout the fight and almost finished Benavidez with a knee that barely missed in the second round, and managed to escape two submission attempts in the fourth round.