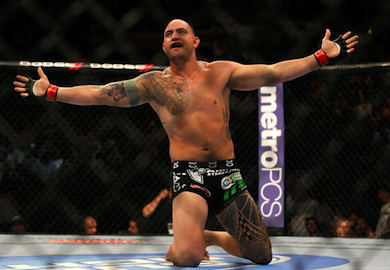 UFC heavyweight contender Travis Browne was less than impressed by the recent comments made by his ‘UFC on FOX 11’ opponent Fabricio Werdum, who bragged that he had dominated Browne in training previously. (See those comments here.)

“Hapa” recently responded to Werdum’s comments during an interview with Combate.com:

“I believe he was disrespectful. I don’t talk about people who sparred with me in the past about how it was, how I performed, how they performed and anything like that. He made his choice. The funny thing to me is that this happened four and a half years ago. I hope he’s a different fighter from the one he was that time. If he thinks that I’m the same fighter that I was, he’s in trouble.”

“If you are talking about something in this sport that happened four years ago, your information is old. I’m not a guy who talks about what happened in the gym. He says that he was in advantage but I remember things going a little bit different. So, there isn’t much about it to talk. In a couple days we will meet each other inside the cage and see what is going to happen.”

Browne and Werdum will get the chance to settle their differences this Saturday night in the main event of UFC on FOX 11.