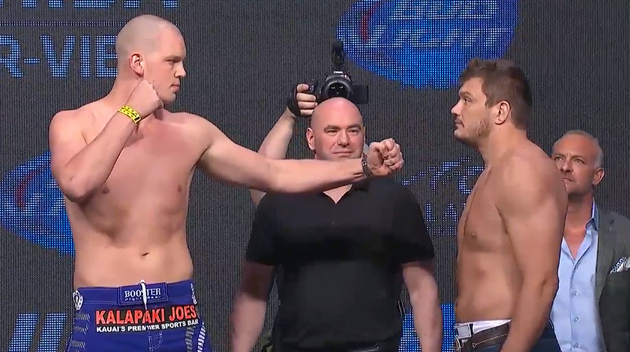 Mike Goldberg has just confirmed on the “UFC 175” broadcast that Stefan Struve and Matt Mitrione’s fight has been canceled due to health issues on Struve’s end.

Goldberg brought UFC Medical Consultant Dr. Jeffery Davidson on screen and shared what exactly happened with Struve backstage. Apparently, Struve was having heart palpitations during his medical exam and had a near-fainting spell. Davidson went on to explain that Struve is now healthy, but for safety reasons the fight has been canceled.

We here at BJPENN.COM wish Struve a fast recovery.