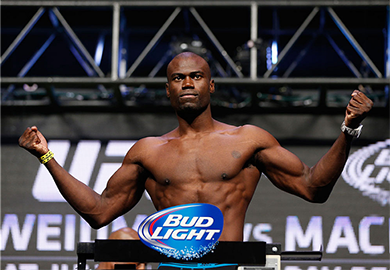 Uriah Hall may be one of the toughest fighters to step foot in the octagon. Hall broke his toe and continued to throw kicks with his foot for the remainder of the bout. Hall sported a limp the entire fight, but he made it clear that he was not going to let the injury stop him from getting the win.

At the end of the first round, it was clear that Hall’s long toe was broken. His bone was sticking out of it and during his post-fight victory speech, he said he could feel the bone slide in and out of his foot. The doctor came in to take a look at it and Hall’s corner convinced him that his foot was like that upon arrival! Unbelievable.

Statistically speaking, the fight was even. However, Hall was landing the power-shots while Thiago Santos was content with throwing counter-jabs and leg kicks. He never landed anything big and did not get any momentum as a result of it. Santos has a lot of potential, but he did not live up to it tonight. Hall took the energy of the crowd and pushed through the pain, throwing flashy spinning kicks like he did not feel a thing.