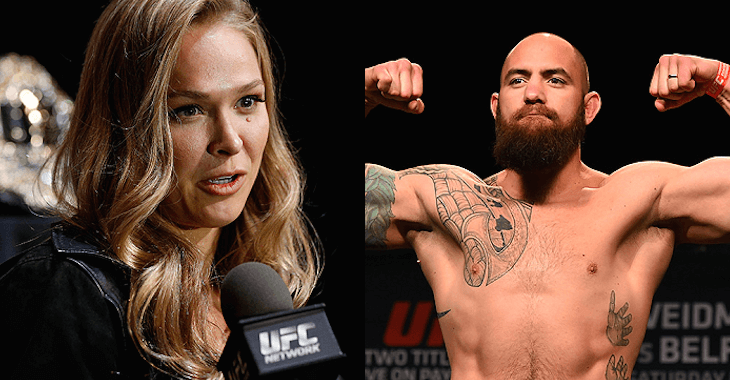 The rumor mill made its rounds earlier this year when pictures started circulating on the internet of Travis Browne and Ronda Rousey hanging out together in public. The topic was not brought up until today when Travis Browne appeared on the MMA Hour.

“Dating is for children,” Browne said. “Dating is for kids. Over the summer, through all the s*** that I had to shuffle through, that I had to sift through, Ronda and I started talking throughout the summer and I’ll say now that we are together. She’s my woman and I’m her man. There’s no boyfriend, girlfriend stuff. There’s no dating. We’re together.”

Sorry to all those men and women heartbroken that Ronda Rousey is off the market!