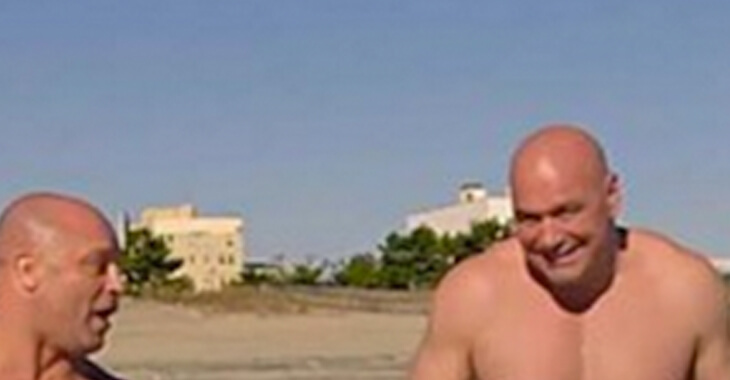 We don’t mean to gawk over the guy’s body, but it’s not often you see the UFC President in this light. Usually, in suits or his favorite fight shirts, Dana White’s recent shirtless beach scene is obvious that he has been spending time in the gym and it is paying dividends.

White appeared in his new ‘Dana White Looking For A Fight’ show and was at the beach with former UFC welterweight champion Matt Serra and White’s long time friend Nick The Tooth. In a few clips, White was without his shirt and showed off his shredded physique. Clue us in on the workout routine Dana!