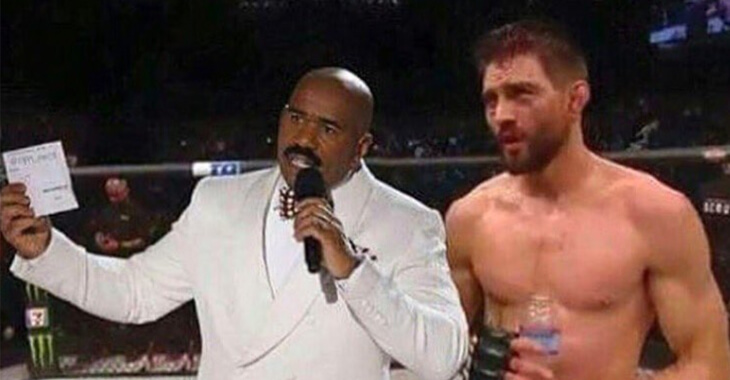 It was a controversial decision that had a lot of people arguing over who won the fight between Robbie Lawler and Carlos Condit at UFC 195 over the weekend. The split decision was ultimately given to the defending champion Robbie Lawler by the judges.

However, Former WEC lightweight champion Jamie Varner did not agree with the judges. Varner tweeted a humorous MEME of Steve Harvey and Carlos Condit acknowledging Condit who was the former WEC welterweight champion.

If you’re wondering what Steve Harvey has to do with anything, Harvey announced the wrong contestant as the winner of the Miss Universe pageant last month and caused a major uproar in the media.

Unfortunately for Condit, there was no error in announcing the winner with two of the three judges scoring the bout in favor on Lawler to give him the championship win.