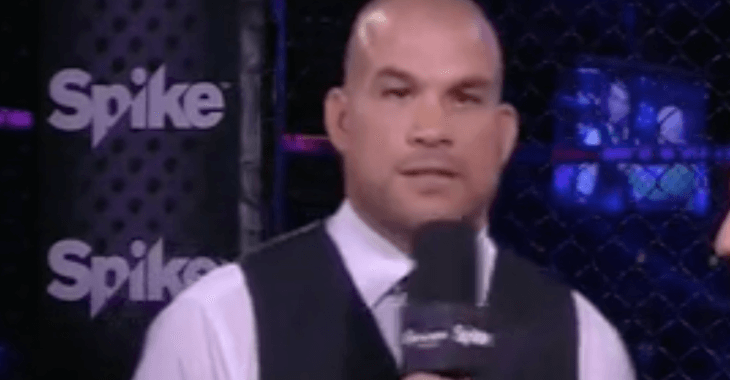 Yes, this happened live a few weeks ago, at the live Bellator event, but man, it just is too good not to share with you guys.

Whenever someone hands Tito Ortiz a mic, just sit back, throw up you legs and relax, because you’re about to get something special.

And by special I mean, probably incoherent, hard to understand at times and all around just really cringeworthy.

But it’s great, we love it. In the time of overhyped fights that try to take things to serious, it’s good to have things like this, where the only person taking what he’s saying serious is Tito himself.

So Tito’s getting a title shot, at Bellator’s ‘Dynamite’ event which takes place on Sept. 19, in San Jose, CA. He’s taking on the champ, Liam McGeary, in the night’s main event. So at the recent Bellator event, they had Tito do some cage side promo to help hype the fight and well, just take it away Tito!