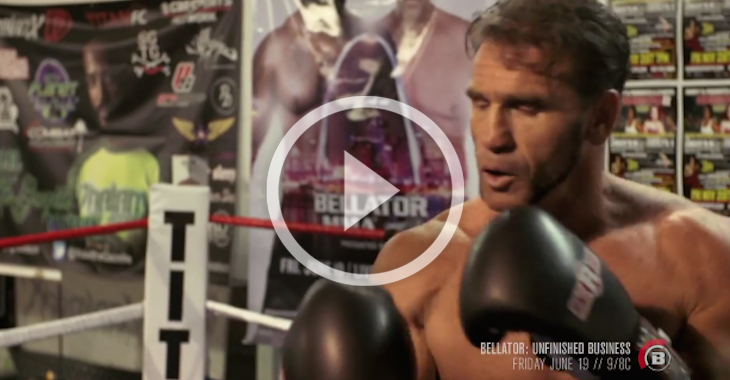 Ken Shamrock packed his bags and moved away from his family to San Diego, so he could focus on the fight of his life this against Kimbo Slice at Bellator 138 this Friday. The fight is set to headline a card which also features a championship bout between featherweight champion Patricio Freire and Daniel Weichel! Check out the video of Shamrock getting ready for his fight above.