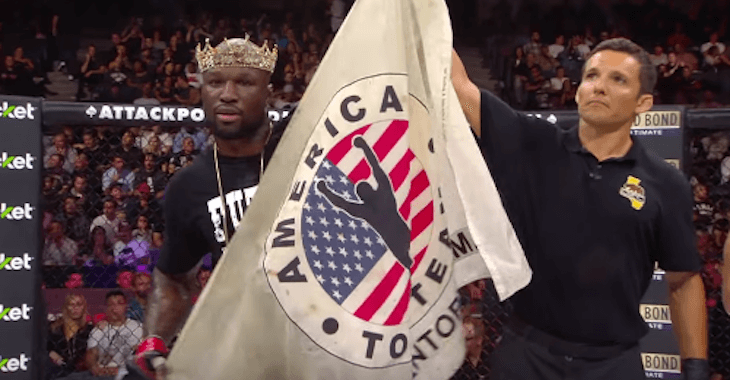 Muhammed “King Mo” Lawal is walking into SAP Center in San Jose California with his sights set on three men: Linton Vassell, Phil Davis, and Emanuel Newton. Bellator’s first “DYNAMITE” event will take place on Friday and will host a four-man, one-night light heavyweight tournament between the men above. Having a gameplan for just one man is difficult, but planning three gameplans for two possible fights could be as exhausting on the mind as the fights are physically! Sit down with “King Mo” as he shares his plans for his supreme reign in Bellator.

Who do you think will come out on top in the one night tournament? Share your thoughts in the comment section below!