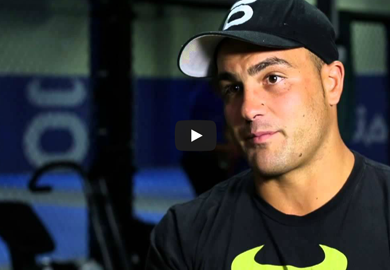 “More than anything I was wary about when I was going to get to be able to fight again. As a fighter, my main concern is getting back in the cage, being in front of fans, being able to perform. My main concern was… Big thing that was going through my head was, ‘When am I going to be able to compete again.’ I was very worried about that.”

“I think it was a number of reasons. I think every relationship has its ups, its downs, and good, bad, and the ugly. It’s important to be able to compromise in every relationship. I’ve had a long standing relationship with Bellator and I think for once, throughout this whole litigation, we were able to comprimise. I’ve seen their point of view, they’ve seen my point of view and they put a deal on the table that was fair enough to where I can say ‘Let’s get back in here. Let’s start competing. Get this behind us.”