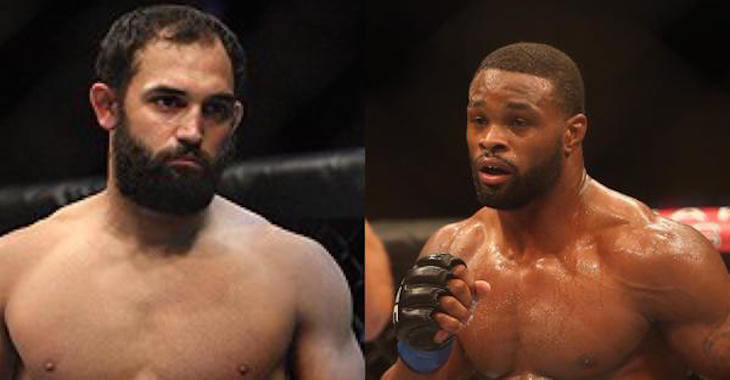 UFC president Dana White decided to ruin everybody’s Friday morning by announcing that the scheduled UFC 192 co-main event, between welterweights Johny Hendricks and Tyron Woodley, had abruptly been pulled from the card.

White only said, in a tweet, that it was due to an issue with Hendricks’ weight cut. Everyone jumped online and starting shaming Hendricks for what they thought was just him failing to make the weight, but as it turns out, the fighter suffered an intestinal blockage and a kidney stone, forcing him to be rushed to the emergency room, according to his manager.

Needless to say, the MMA world was really bummed about the news. Some decided to take shots at Hendricks, while others were just sad to see what was expected to be an exciting fight get scrapped.

Check out all the tweets below and see how other fighters reacted to the news.

Yep! RT @Benaskren: Just totally ridiculous and embarrassing. He was a 165 on a 1 hour weigh in https://t.co/TvEHL6SUL8

Just totally ridiculous and embarrassing. He was a 165 on a 1 hour weigh in https://t.co/Q94lBwKY78

I wonder what @Benaskren has to say about Hendricks not making weight. #makingwrestlerslookbad

Hendricks off the card…I think there's enough time to get cowboy in there. #ufc192

It's too early to be playing pranks on us… https://t.co/3tNQDYNP92

Wow it wasn't like Johny took this on late notice and its not like he didn't know his fat but has trouble making weight. Amateur.

I do a frickin update on my iphone, it comes back on and @JohnyHendricks dropped out of the fight. Hell of an Iphone update.

"@danawhite: Hendricks vs Woodley is off the card due to Hendricks weight cut issues." pic.twitter.com/lQ1uXttkl2

I guess @TWooodley was right when he said that @JohnyHendricks still didn't want to fight him.