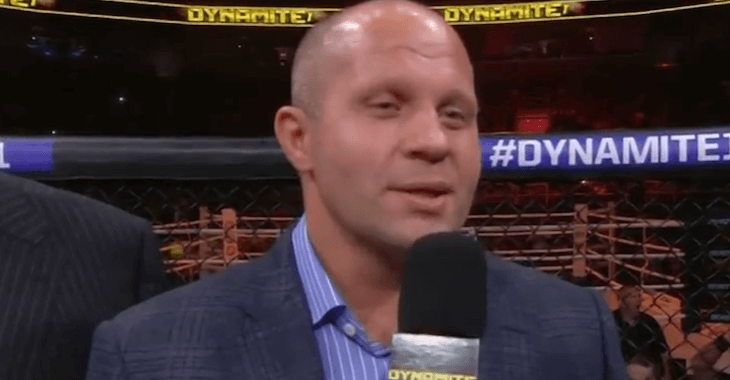 Diehard fans of mixed martial arts who have been dreaming of watching Fedor Emelianenko throw down in the octagon let out a collective groan when it was announced he would be fighting in a new Japan-based promotion on New Years Eve. On the bright side, “The Last Emperor” will be returning to the “Land of the Rising Sun” where PRIDE helped him make a name for himself!

Check out what some of the biggest names in the mixed martial arts community had to say about Fedor’s return to action in Japan:

Fedor what the hell bro

Last time Fedor fought, we were on the same card. I was hoping to rekindle our fightnightness

So is fedor with Bellator now or what is the show in Japan on New Years a completely different promotion by the former pride guy? #confused

Congrats to @bellatormma on getting Fedor for new years Japan. But @ufc in japan is here sept 26 big country vs… http://t.co/WZ22wvv04k

Also, introducing Sakakibara as founder of Pride? Historians correct me, not the way I remember.

What do you think of Emelianenko’s return to Japan? Share your thoughts in the comment section below!