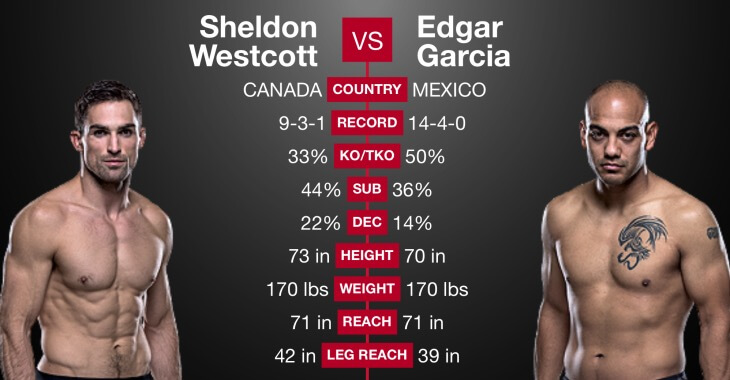 Sheldon Westcott fighting out of St. Albert Alberta (8-3 MMA) is going up against Edgar Garcia (14-4 MMA from Yuma AZ with the Arizona Athletic Club. Garcia was on a four fight win street until he ran into Hector Urbina for hit debut and lost via submission. Westcott is on a two-fight skid and is looking to turn it around in this fight.

Round one opens up with both fighter flashing a few jabs and measuring a few straight rights by Garcia until a well timed take down from Westcott opened up the beginning of the end as Westcott takes Garcia’s back and delivered blow after unanswered blow from the back-mount until the referee stops the contest.

Winner via TKO – Sheldon Westcott Round 1