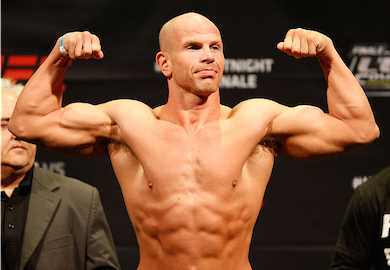 Sean O’Connell opened up the fight impressively for a four-to-one underdog and was constantly looking for a clinch, trying to take the striking game away from Ryan Jimmo. He was doing a great job at that until O’Connell drove his knee into the balls of Jimmo which allowed the action to reset back in the middle of the octagon. That was the beginning of the end for Sean O’Connell.

Ryan Jimmo cracked Sean O’Connell with a right cross and he went down. Jimmo postured over O’Connell and teed off with right hand after right hand until the referee finally called a stop to the fight.

Ryan Jimmo picked up the first stoppage victory of the night, which everyone appreciated I’m sure.