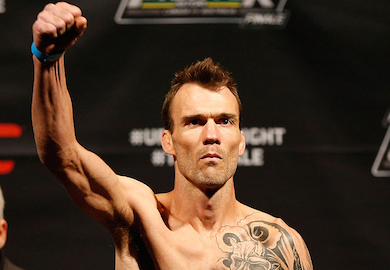 The Fox Sports 1 preliminary card kicked off with a bantamweight bout between Dustin Kimura and George Roop.

Roop and Kimura seemed to be evenly matched throughout the fight as they exchanged grappling advantages throughout the round. Roop closed out the first five minutes in Kimura’s guard and locked up the round while Kimura did the same in round two. It seemed to have come down to the third and final round where they, again, relied on their grappling skills to lock up a win.

Roop secured a takedown in the opening minute and used it to dictate where the action went throughout the rest of the fight. Roop pressed his chest to Kimura’s for a couple minutes and softened him up with elbows to the body and head before transitioning to half guard with a minute left in the fight. Roop stayed active enough to not get stood up but he spent the entire round on the ground after landing that first takedown.

George Roop picked up the decision victory and improved his professional record to 15-10.