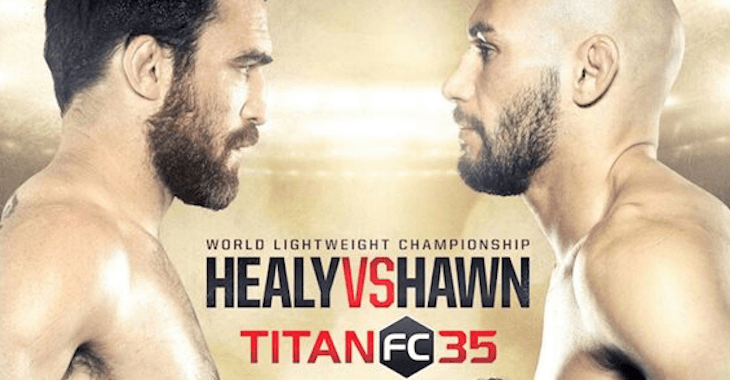 Three championships were on the line at the Clark County Fairgrounds Event Center in Ridgefield, Washington when Titan FC held their thirty-fifth event, aired on UFC Fight Pass.

Pat Healy walked into the weigh ins on Friday as the company’s lightweight champion but was stripped of the belt when he failed to make weight for his fight with Rick Hawn!

The championship was immediately vacated, but Hawn had the opportunity to take home the gold if he managed to beat Healy. It was a close fight, but Hawn managed to pick up the close split decision victory over Healy to become the new Titan FC Lightweight Champion! This was Healy’s first loss since getting cut by the UFC in 2014.

Tim Elliot, another former UFC talent, defended his flyweight championship on the card and was the only title holder to finish his challenger! Elliot forced Felipe Efrain to submit to a guillotine choke in just the second round of their fight. Check out the rest of the results below!

Who do you think is ready to make their way to the octagon? Share your thoughts in the comment section below!