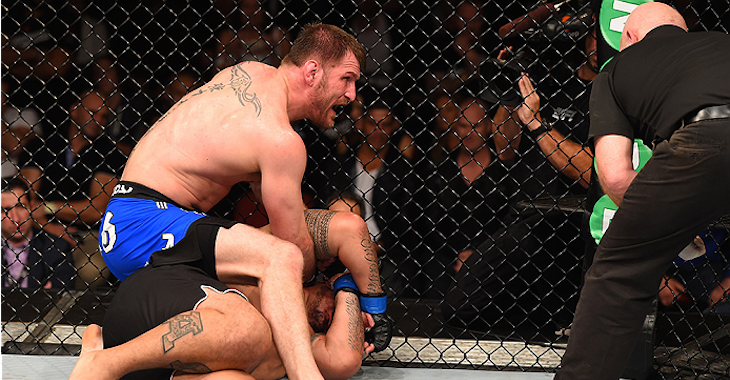 It has been a couple of crazy days for the UFC heavyweight division.

On Sunday, UFC President Dana White announced that Cain Velasquez was forced out of his UFC 196 title fight with heavyweight champion Fabricio Werdum due to an injury. Top contender Stipe Miocic was set to fill in for Velasquez for his chance at the title.

However, on Monday, news broke that Werdum has also suffered injuries in training and pulled out of the title fight with Miocic.

Miocic responded to the calamity of the heavyweight title fiasco with a simple tweet.

To be honest I wouldn't want to fight me either you guys.

With UFC 196 taking place on Feb. 6, we will see if the UFC can pull anything together on short notice to save the card.