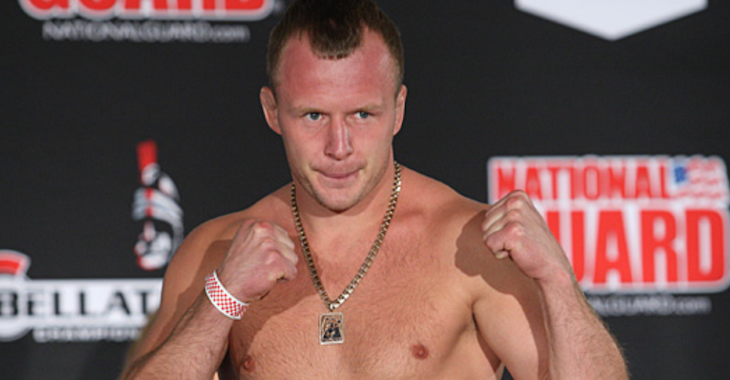 Bellator MMA’s Alexander Shlemenko shared his thoughts about Women’s MMA, and, well they are a little controversial.

The Russian fighter told allfight.ru that he doesn’t see MMA as an appropriate occupation for women. Check out his comments below:

“[I have a] negative attitude [towards WMMA]. It is not a woman’s occupation. I am not against the employment of women in MMA. On the contrary, I believe that women should be able to fend for themselves. But when a woman is already working on the [professional] result, she turns into a man.”

“If a girl does it purely for herself, I support it. Firstly, the figure becomes better, The develop ductility and coordination. Secondly, they’ll have the ability to stand up for themselves.”

What do you think of Shlemenko’s comments?