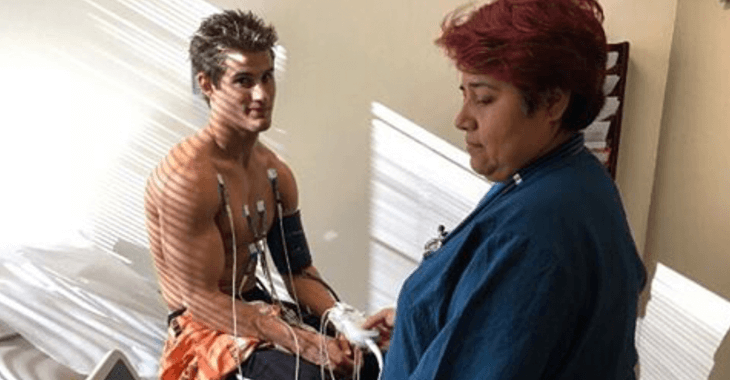 Undefeated Sage Northcutt has taken a shift in the UFC. After Northcutt’s originally scheduled lightweight opponent Andrew Holbrook had to pull out of their fight set for UFC on FOX 18 this Saturday, Northcutt was given a new opponent at welterweight. Northcutt is now set to fight Bryan Barberena at 170-pounds and is loving that he gets to eat more ahead of his fight.

Northcutt spoke with MMA Junkie recently on how he is feeling ahead of his bout this weekend.

“I found out that my opponent that I was going to fight broke his foot, and that was at 155,” he told MMAjunkie. “So now the new opponent that got arranged for me is at 170, welterweight. I had actually cut back the amount of food I was eating. I was already getting close to my weight of fighting at 155, and now I feel great. I feel super strong. I feel like a super human getting to eat all this food and going back to welterweight at the last minute.”

“I imagine with only seven or eight days, to be able to find an opponent that can get their medicals done at 155 or any weight class, is very tough,” Northcutt said. “My opponent that I’m fighting currently at welterweight actually had a fight scheduled a few weeks after my fight that I have on Jan. 30. So it works out perfect. He was already going to fight at welterweight, so all I had to do was move up to make 170.”

This will be Northcutt’s third fight in less than four months and with another win at welterweight, he says he could be staying there for an extended time.