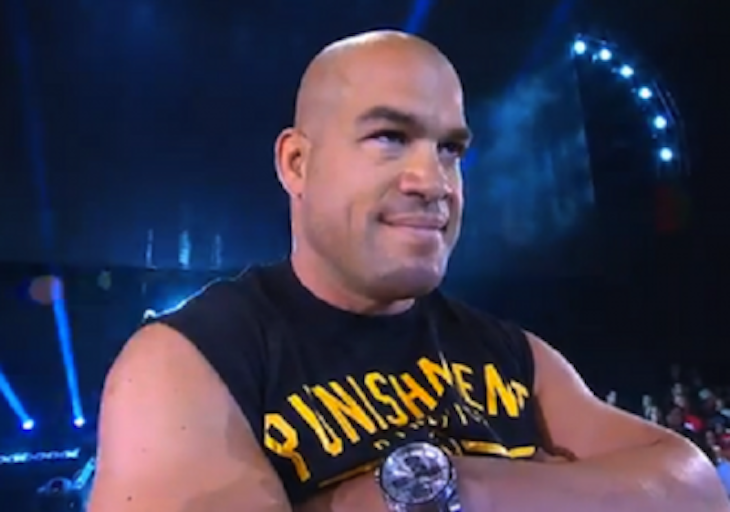 This is only one side of the story, though multiple eye witnesses attest some kind of fight did take place, no one credible and unbiased gave any account — so lets not bash tito, and make that clear to the reader.

On New Years Eve, UFC Hall of Famer Tito Ortiz and David Tarrel were involved in a scuffle outside of a night club.

So far, Tarrel is the only person coming forward with a story regarding the incident, however multiple eye witnesses did confirm a fight took place, but did not comment on who started the brawl according to BloodyElbow.

“To get in the club there’s this huge line around these ropes, so it’s really hard to get in. We had got in because we were getting a table, so we were inside the ropes.

“But Tito purposely did that to get next to me to try and punk me because we obviously don’t like each other.”

“So then [the nightclub’s staff] told him he had to go behind us because we were there first, so as he walks by me and I nod my head like ‘what’s up’ but I didn’t saying anything. He stopped and he said ‘motherf—er, don’t say what’s up to me.'”

“I slipped the punch and then fired on him with a right–left hook combo and I backed him up and then he swung. And it happened so fast. People started to grab him to break it up and then he tried to shake everyone off him and then he got cracked by someone else. And then I remember security was trying to take him down and I got behind him and grabbed him a round the neck. Kind of like I was going to get him in a rear naked but I didn’t put a choke on him. I pulled him to the ground and I said ‘Yo! Chill. Relax. Kick back.’ And then it stopped.

“A mutual friend of me and Tito told me to leave before the cops came. I remember looking back and seeing him with a big, bloody lump on his head.”

Tarrel and Ortiz were once training partners, however when Stephan Bonnar and Tito Ortiz signed to fight under the Bellator banner, Tarrel joined Bonnar’s camp after a falling out with Ortiz.