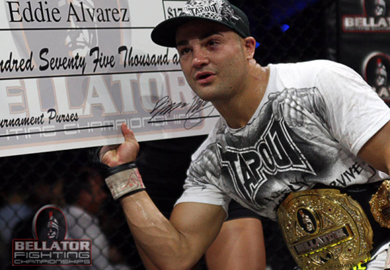 Former Bellator lightweight champion, Eddie Alvarez, has been an official free agent for the past few months.

Up until this point the UFC had yet to make him an official offer to sign with the promotion despite UFC president Dana White showing an extreme amount of interest.

It appears as though the UFC has now made the top lightweight fighter an official offer, one that Bellator has the right to and may match in order to keep their biggest draw.