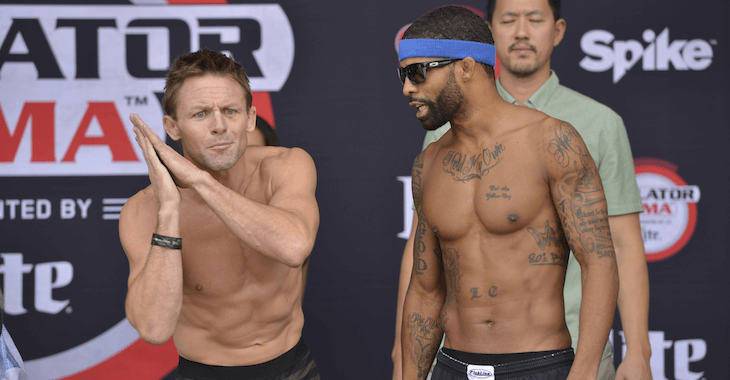 On Friday night Bellator MMA returns with another event full of what are sure to be exciting fights.

In the main event we will find out who the next bantamweight title challenger is when former champ Joe Warren takes on L.C. Davis.

In the co-main we might just see the fight of the night between two former UFC fighters, Kendall Grove and Joey Beltran, when they face off in a middleweight scrap. The action kicks off at 6:30 with prelims streaming right here on BJPENN.COM.