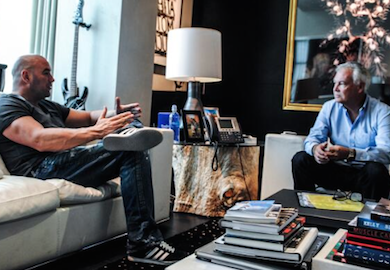 The Bellator fight promotion makes their pay-per-view debut this weekend.

The company has failed to garner a television audience on SPIKE TV and with former UFC champs in tow, will attempt to enter the world of pay-per-view broadcasting.

Dana White is not impressed: