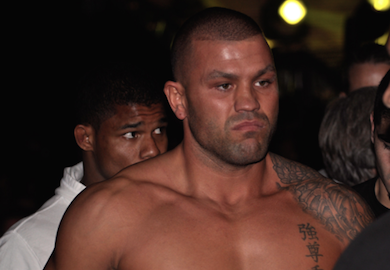 32 year-old Canadian light-heavyweight, Steve Bosse, recently got the call all fighters dream of.

An offer to fight for the UFC.

With his debut set opposite Ryan Jimmo, Bosse, was poised to make a splash inside the Octagon and try to improve upon his, already impressive, 10-1 pro-record.

An unfortunate shoulder injury forced his cancellation of the bout and ultimately, his retirement.

In a statement to Canadian Media outlet, La Presse, he explained why:

“My body is talking to me. It’s time that I make the right decision.”
…
“When I started in hockey, I had rage in me. This sport helped me channel that. It was my therapy. Today, that rage is no longer in me. Today, I’m doing well. I don’t feel the need to fight anymore, to go make war.”