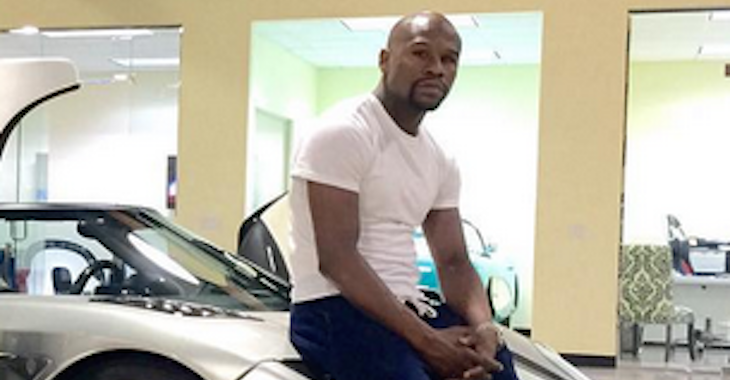 Floyd Mayweather’s nickname isn’t “Money” for no reason. The undefeated king of the boxing ring made over $250 million for his fight with Manny Pacquiao and gambled some of that to win nearly $1 million more! Now, “Money” is cashing in and he is doing it in style. Mayweather just purchased a Koenigsegg CCXR Trevita— a car exclusively for the “Super Rich”. Mayweather certainly is part of that class, and he has the picture to prove it!

My new 4.8 Million dollar car. $4,800,000.00 Koenigsegg CCXR Trevita supercar. KOENIGSEGG Is An ULTRA Boutique Automobile Manufacturer For The Super Rich. KOENIGSEGG made only 2 TREVITA’S for the World, and this is No.2 of 2. In addition it is the only USA Spec TREVITA Built in the World. The Origin of the car is Sweden. The word TREVITA means “3 Whites”. It is beyond a Super Car, and is classified as a ” Hyper Car”.

If you had Mayweather’s bank account, would you spend that kind of money on a car? Share which car you would buy in the comment section below!