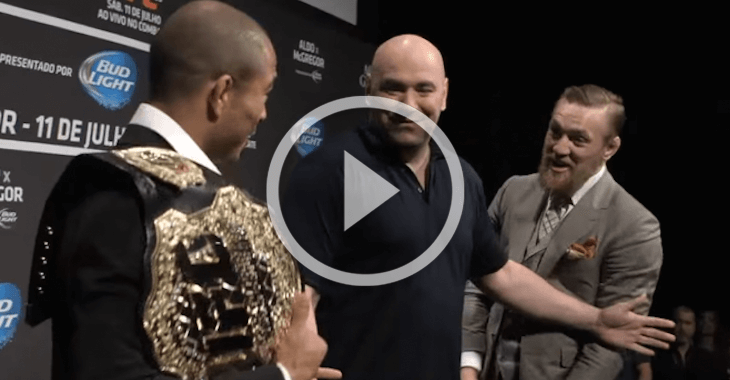 The December 12th showdown between two champions, will feature the best featherweights in the super stacked 145 lbs division.  All we’ve known, in the UFC, as a featherweight champion is Aldo. “Scarface” has defied the critics by beating Uriah Faber, Chad Mendes and Frankie Edgar to name a few.

McGregor has defied his critics by not just beating, but brutalizing, his opponents one TKO at a time, except for the Hawaiian Max “Blessed” Holloway, who is on a tear on his own facing Jeremy Stevens on the same card. A win for the Gracie Technics/Hawaii Elite fighter would be put him on a streak of 8 wins and ever so close to a title shot of his own.

Aldo vs McGregor will be a historical fight in the making.  Win or lose for either fighter, this fight might be the first of three championship wars.  For now, who do you have winning this championship event?