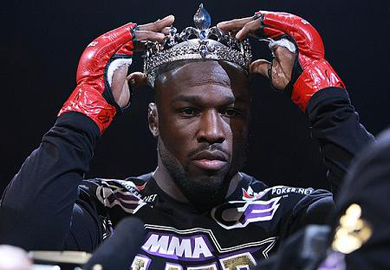 MMAFighting.com got the scoop:

According to sources close to the event, “King Mo” will make his first Bellator appearance on Thursday, Jan. 17, at the UCI Bren Events Center in Irvine, Calif. Lawal will compete in the promotion’s light heavyweight tournament.

No word just yet on who the former Strikeforce light heavyweight champion will meet in the first round of the tournament.