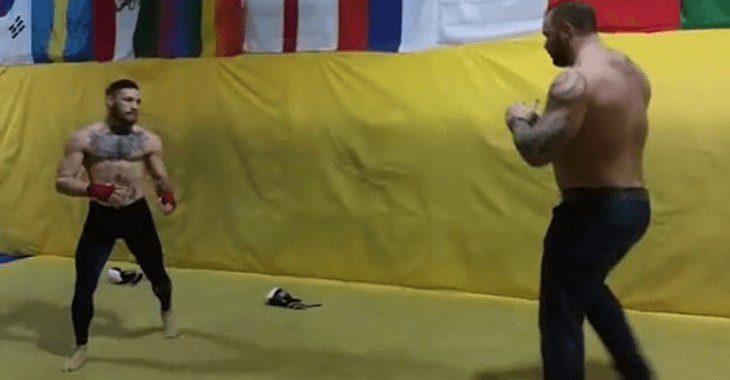 It has been an exciting day in the world of Mixed Martial Arts.

Given that, we felt the need to recap the top 3 stories of the day in one nice ‘In Case You Missed It’ article.

First off we had McGregor vs. ‘The Mountain’ where Conor McGregor bare-knuckle fought ‘The Mountain’ from Game of Thrones. McGregor posted a photo of himself on Instagram opposite ‘The Mountain’ saying that the pair had a bareknuckle boxing match, however many doubted that it actually happened. McGregor then released the video of the friendly match, which you can see the video of by clicking THIS LINK.

Next up we had another chapter in the Jones-Cormier backroom fight book. Jones and Cormier agreed to fight at the opening of Greg Jackson’s new gym in New Mexico. DC no-showed the event which resulted in Jones calling him out on Twitter. Cormier then photoshopped himself into a photo, making it look like he was outside the gym which prompted Jones to talk some trash on Twitter. You can read all of that by clicking THIS LINK.

Last but certainly not least we have another chapter in the NSAC vs. Nick Diaz saga. Earlier in the week it was revealed that Diaz’s legal team was in settlement talks with the NSAC. However it was revealed last night on Inside MMA that settlement talks came as a result of pressure from the public, which included in at least one member of the NSAC receiving death threats for Nick Diaz’s 5-year suspension. Read about that by clicking THIS LINK.