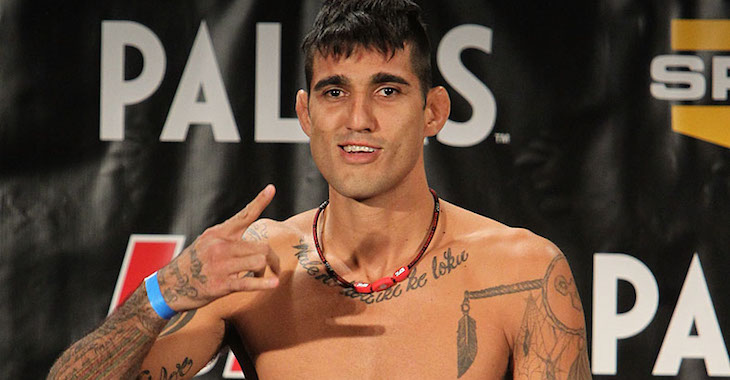 UFC veteran and current Bellator Middleweight Championship contender Kendall Grove is set to face off with champion Brandon Halsey at Bellator 137 next weekend. While training for Halsey, Kendall Grove got hit with a last-minute drug test by the Nevada State Athletic Commission!

Talk about a drug test 24 hours later I'm here in downtown LA Goldenboy building about to get… https://t.co/VLkUlGUMbp

Granted both fighters pass their surprise drug tests, the title match is set to take place in Temecula, California at the Pechanga Resort & Casino! Who do you have winning?