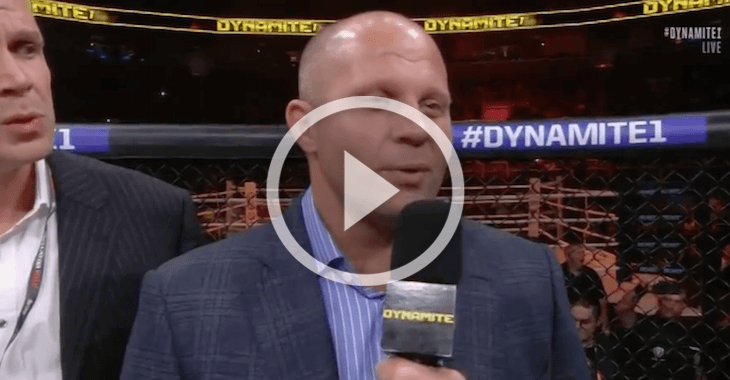 It is not a Bellator event, it’s the new promotion run by the former PRIDE boss and might feature some Bellator fighters on the card.

The former boss of PRIDE entered the Bellator cage and announced the big news. The event will air on Spike TV on New Years Eve.

To be clear, Fedor hasn’t signed with Bellator, just will headline the new promotion run by former PRIDE boss, and Bellator fighters will likely appear on the card. I guess it’s like a cross promoted thing.

So, I guess they were messing with us this whole time. Coker said Fedor would not be coming to Bellator, and I guess he was sort of telling the truth.