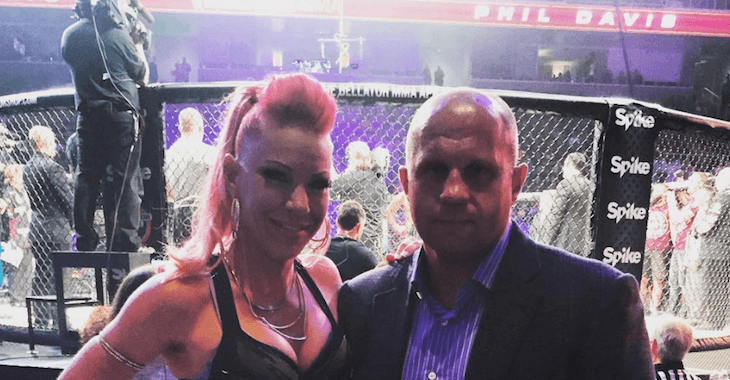 Fedor Emelianenko was in the house at this past Saturday’s Bellator ‘Dynamite’ event in San Jose, California and apparently took photos with everyone in the arena. I mean, it’s not everyday you run into an MMA legend like Fedor, so of course you’re going to ask to take a picture.

One of the photos making its way around the web is of Fedor standing next to Cris Cyborg’s pole dancing instructor.

Hey, WMMA might not be his thing, but he never said anything about the competitive world of pole dancing.

During that same event it was announced that Fedor will be headlining an event taking place in Japan on New Years Eve, run by the former boss of PRIDE FC. An opponent was not announced and has yet to be. We’ll keep you posted!