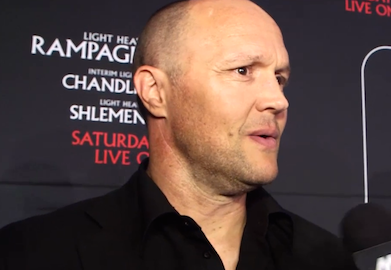 MMA’s biggest scoundrel, Bjorn Rebney has been officially removed from his seat as Bellator President.

As we reported earlier today Scott Coker, the former Strikeforce boss, will come in as a replacement and likely give Bellator the credibility they’ve been lacking.

“It is with bittersweet emotions that I announce that I am leaving the company I founded. I have great pride in having turned my vision into reality, a thriving business with television distribution to over 140 countries around the world, a partnership with one of the world’s largest entertainment giants and wide array of sponsors, partners and strategic allies all over the globe. This has been a wonderful eight plus years of creation, development and success. I will miss the courageous, strong and dedicated fighters I have had the pleasure of promoting, and equally, I will miss the incredibly hard working, remarkable team that has become a family for me over the years. Viacom and Tim and I differed in our views of the right strategic direction for Bellator, but Tim and I both wish them well,”